CTRA is a high school with a sustainability theme which is focused in two areas - environmental studies and, new in the 2016-2017 school year, advanced manufacturing.  Curriculum and resources help connect scholars to their identities, environment and potential to positively affect their urban surroundings, and by extension, the world.  Advanced manufacturing will expand the theme of sustainability by focusing on state-of-the-art STEM methods and the skills needed to manufacture in the most environmentally responsible and sustainable way.

CTRA uses the city as a learning environment in several ways.  CTRA’s research vessel lets students study science and conduct experiments along the Connecticut River. For example, ninth graders take environmental science and geographical awareness classes while on the boat, learning about the river’s scientific characteristics and watershed.  Goodwin’s trolley transports scholars to Hartford to visit public parks, museums, and historical sites. In the Community Development of the Connecticut River Region course, tenth graders visit Hartford and study how development affects the city’s population and culture..

Many activities beyond the CTRA classrooms encourage scholars’ growth into environmental stewards and leaders.  Some examples include the participation of rising CTRA juniors in a two week summer program about the history and natural resources of the Connecticut River and greater Hartford, the Goodwin College Connecticut River Odyssey.  During the fall semester, scholars can join a large scale benthic macro invertebrate analysis that takes place in many of the river’s tributaries such as the local Hockanum, Farmington, and Park Rivers.  Scholars also work together to create presentations for nearby Pratt & Whitney for Earth Day.  These programs and others, combined with classroom work, give scholars an exceptional opportunity to explore environmental issues in real context, which encourages their growth as the next generation of environmental leaders.

To support scholar development, CTRA emphasizes three school standards, combined with a problem solving approach called Habits of Mind.  CTRA’s three standards feature the values of awareness, diversity and action and are explicitly embedded in all course curricula and programming.  Whereas, educational outcomes in traditional settings focus on how many answers a scholar knows, The Habits of Mind train scholars to respond to questions they cannot easily answer.  Scholars learn how to develop a critical stance to assignments: inquiring, editing, thinking flexibly, and learning from one another. This approach prepares scholars for higher level thinking at CTRA, including an early college program with Goodwin College and a capstone senior project.

CTRA’s location on the Goodwin College campus provides scholars with the opportunity to take college courses while in high school, and to participate in a structured college experience or dual enrollment program..  Scholars can also become Environmental Pathway Scholars by taking four or more environmental elective courses and completing an environmental-themed senior capstone project.  Projects often include environmental activism in Pathway Scholars’ chosen areas of study.

The Connecticut River Academy at Goodwin College (CTRA) opened its doors on August 28, 2010 to 146 scholars*; 111 ninth graders and 35 tenth graders. CTRA is a LEARN magnet high school with a state-of-the-art campus located on the Connecticut River in East Hartford. Twenty-one different towns across Connecticut were represented during the first year, in full compliance with Hartford’s Sheff vs. O’Neill desegregation mandate (72% minority and 28% white scholars). Enrollment has increased steadily from 250 scholars in three grades in 2011-12, to 428 scholars in 2015-16.

Currently 69% of scholars are minorities. The greatest number of scholars comes from Hartford (45%), East Hartford (13%), New Britain (5%) and Manchester (5%).  Hartford has a high density population of 124,705 people with a median household income of $27,417 and per capita income of $16,286.  East Hartford, New Britain, and Manchester are approximately half the size of Hartford, with similar income demographics.  The balance of students comes from 45 other urban, suburban and rural towns.

With a beautiful view of Hartford along the Connecticut River. CTRA is located on a Brownfield site that was rehabilitated over the last eight years. It is an excellent location to support study of the watershed of the Connecticut River and build appreciation for this educational environmental resource. 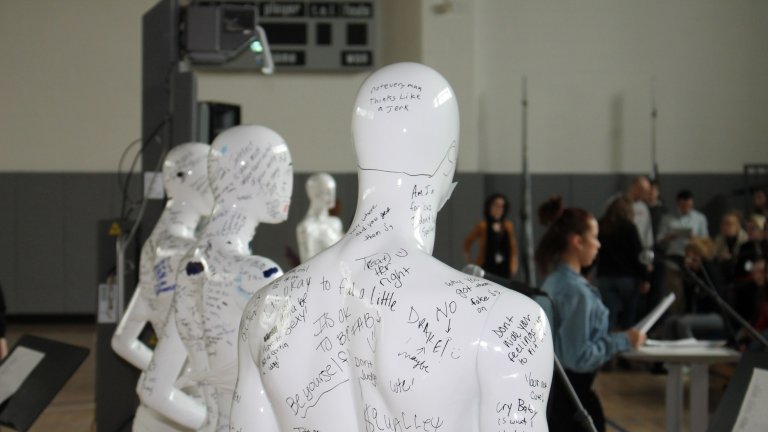 Albert Einstein once said, “You have to color outside the lines once in awhile if you want to make your life a masterpiece.”  In an educational climate that is based increasingly on accountability measures and standardized practice, Connecticut River Academy has been committed to fulfilling these expectations within the context of theme-based... 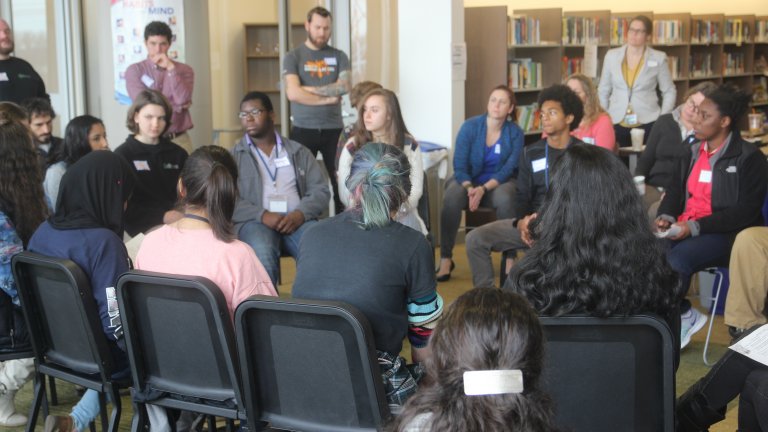 Students at the Center

What happens when students sit at the center of conversations about improving their schools? Last Friday at Connecticut River Academy in Hartford, we found out. Twenty students from five urban public high schools sat down for a conversation about their schools. Two dozen teachers and school leaders perched and stood around the circle, leaning in...

Reflection Tool: Earth Day Magnet Theme Day
Connecticut River Academy is working to build more consistent and substantive reflection opportunities into their magnet theme days. This simple reflection tool is designed to become part of the portfolio that students are accumulating over their... read more
Schedule & Career Exploration Sign Up: Green Day/Source to Sound Cleanup
One of CTRA’s Fall magnet theme days is focused on the Source to Sea River Clean Up which is supported by the CT River Conservancy.  We find being a part of a greater community effort makes us feel more a part of that community.
Schedule: Black History Month Magnet Theme Day
Our school population is diverse and one of our school’s values is diversity, therefore we usually have two magnet theme day events related to diversity.  Here is one program that honors our community’s Black culture.
Schedule: Earth Day Magnet Theme Day
This resource shares a sample schedule for CTRA's Earth Day Magnet Theme Day. The major event is a wildly popular trash-n-fashion program.  Built from a similar event that is held in Hartford every year, students create clothing from recycled... read more
Students at the Center: Fishbowl Conversation Transcript
Hear voices from students, sharing how their schools live up to their environmental and social justice missions, and where they come up short.
Video: Connecticut River Academy's 2017 Earth Day Celebration
One way that Connecticut River Academy lives out its school-wide environmental theme is through whole-school magnet theme days, which engage students at all grade levels. This video shares students' experiences during one of these magnet theme days... read more 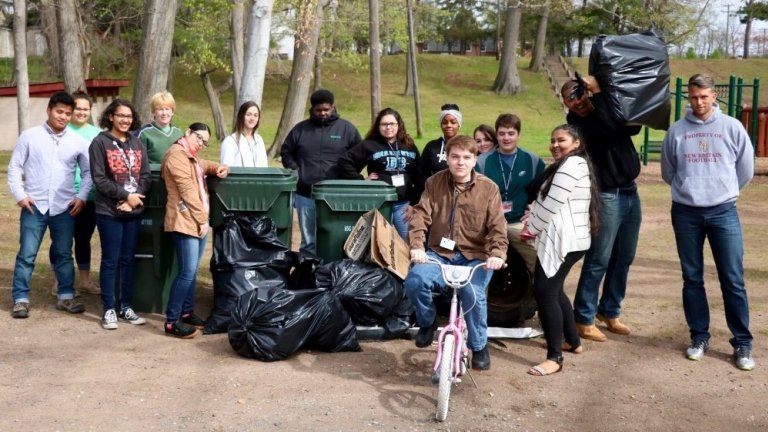 At Connecticut River Academy, we believe place-based experiential learning motivates our scholars to learn because of the relevance to their lives...