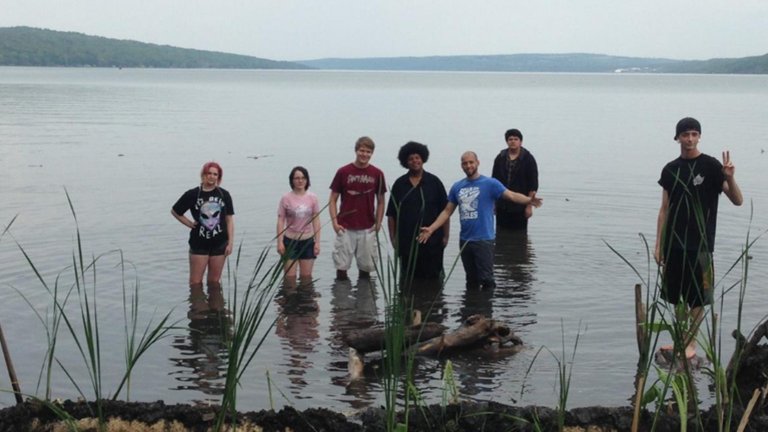 In the Summer of 2015 New Roots' founder and Principal, Tina Nilsen-Hodges, sent our lead science instructor, David Streib, and myself as the Dean of Student Life to a science teachers’ conference hosted by the SUNY College of Envirionmental Science and Forestry and developed by the Haudenosaunee Environmental Task Force. The conference was focused on ways of incorporating a local indigenous environmental sensibilities with a public school science curriculum. We did not know what to expect, but is was an absolutely mind blowing experience! An example of knowledge shared by the Elders was discovering that our own modern theories of water being brought to earth billions of years ago by water-rich meteoroids, is in fact mentioned in Haudenosaunee oral storytelling. For the teachers at the conference they took a step further to suggest that, in their folklore, water was delivered to earth in comet form from what we call the Orion constellation.

Through this story we discovered that our own prejudice against indigenous knowledge and their cultural "mythology" often keeps us from being aware of their scientifically accurate capacity to care for the earth and land we live on. What we call bio-remediation is so basic to their historical capacity to care for the land that no such word was ever needed. We discovered that only in our distance from the Haudenosaunee 7 generation knowledge base, do such terms like community, sustainability, or permaculture become necessary.

Once our eyes were opened, David Streib and I began to think about the Southern end of Cayuga Lake (one of the primary lakes within the world famous finger lakes region in upstate New York). We considered how our school and student body could be involved in healing the polluted waters of the southern end of Cayuga Lake, what the Department of Environmental Conservation called an ‘impaired body of water’ in their yearly water quality reporting.

Without too many guidelines, we formalized some key questions to give to our students in a cross curriculum format. Questions like: Why is the Southern end of Cayuga Lake polluted? How did this happen over time? Who were the people that kept the lake in pristine drinkable condition for thousands of years before it became polluted? How can we as a school positively move things in a direction of healing the lake in our local community? Based on the fact that our students are so used to such questions and are all too aware of our mission and vision, they became absolutely excited about using their well-honed critical thinking skills to make well informed answers. Here is a portion of the New Roots Charter School Mission statement to provide context to their excitement:

“New Roots Charter School will empower young people as citizens and entrepreneurs that create just, democratic communities, and thriving green economies that restore the natural world that sustains us. Excelling in both traditional and innovative curriculum areas, our students will learn actively, think critically, and solve problems creatively and collaboratively, developing the knowledge and skills to redesign our communities for social, economic, and ecological sustainability.”

The students’ response proved as inspiring and as astounding as the training itself. They began to write papers and reflect in multiple classes on the fact that the city of Ithaca was originally a wetland in which the Cayuga Nation (one of the six nations in the Haudenosaunee Confederacy) did not build housing or live, but farmed, hunted, and harvested key medicines for a population of over 200,000 people throughout the entire Cayuga Lake region. The students were surprised at how many people archaeologist believed lived in the area before modern Ithaca. The problem for many of the students became obvious: we removed the natural biological filtration system from the southern end of Cayuga lake by building a city on top of the marsh, in contrast to a basic wisdom the Cayuga Nation had which kept them from making such an obvious environmentally damaging blunder. They looked at the history of removing the wetland in the mid 1800’s and the key indicators of this shortsighted excavation project over time. They discovered that within 60 years of removing the wetland, thanks to digging drinking wells in the former swampland and dumping human waste in a creek that flows directly into Cayuga Lake, a debilitating typhoid outbreak swept the city -- one of the worst in North American history.

Like tipping the first domino in a domino effect, everything fell into place for the students in a really developmentally gratifying way. Before the solution and plan was fully organized in their minds, they asked us a key question, having researched the bioremediating capacity of natural wetlands in their science classes. Their question to us was, “If the marsh was a filter system and we have modern biological proof of this fact, why don’t we bring the marsh back?” After going through all of the resistance and issues that removing a growing city and putting a marsh back in its place might bring up for the City of Ithaca, we compromised on the following as an answer to their inquiry: “Let's see if we as a school can obtain permission from the City of Ithaca, the Department of Environmental Conservation, and the Army Corps of Engineers to plant a small wetland at the southern end of Cayuga Lake and show evidence that plants have the power to heal water systems through their natural photosynthetic process.” The most invested students engaged in exactly this, all while investigating local sources of the pollution. In the end they were willing to hold local corporate farmers, Cornell University and the City of Ithaca responsible for their collective role in exacerbating the problem. They discovered pesticides, road run off, and a system of air conditioning for Cornell University called lake source cooling were producing environmental harm to the local watershed. Through student research and connecting to local science organizations like the Community Science Institute, they discovered that lake source cooling specifically raised the temperature of the lake by 2 degrees, changing the ecosystem drastically in the lake.

Our students successfully stated the problem and advocated that the ones who were involved in the creation of the problem give us permission to help fix it. Student met with Ithaca Parks Commissions, city officials, city board meetings, local politicians, and Cornell University scientists, slowly climbing the political ladder until they were granted permission to plant three indigenous bioremediating wetland plant species in a 50 by 50 foot plot on the westernmost shore line of Stewart Park, which sits at the farthest southern area of Cayuga Lake (the heart of the polluted area). The idea was that this wetland would prove capable of processing man made pollutants that were hurting the lake. These pollutants were producing key DEC indicators of pollution, high phosphorous levels and low oxygen levels.

In the end the DEC and the City of Ithaca granted us a 5 year permit to prove to the city that bioremediation is in fact a viable way to view healing the lake. Our students, within the span of a school year, became heroes of Ithaca and future hope of a community at a loss as to how to move in an environmentally safe direction to help heal our lake.

Moving forward over the next few years students will be collecting baseline data on how this small wetland is taking in polluted water and filtering it, putting back out into the lake cleaner naturally bio-filtered water.

In the process our students have gained the respect of the Haudenosaunee elders. These elders have travelled to the Southern end of Cayuga lake and acknowledged them for their stewardship and efforts to bring back what they call "The Great Law." For them The Great Law is beautifully simple: watch the way in which earth, water, plants, trees, wind, thunder, birds, moon, and sun all interact with each other to create life, and see clearly how to treat one another to create a meaningful community. Students then discovered that they had tapped into Old Roots so the they could make New Roots. It was as if the elders were reading right out of the pages of our own schools’ vision statement; our students suddenly understood why being educated in this way was unfortunately all too rare and precious.

Two statements from students that stood out to me were, “I have debilitating social anxiety but after planting the wetland I care less about what other people think because Cayuga Lake appreciates me for helping her heal.” Another student said emphatically, “Getting acknowledged for helping the lake by the native elders was a greater honor than meeting the president of the United States.” This is New Roots Charter School and we are protectors of our local waters! 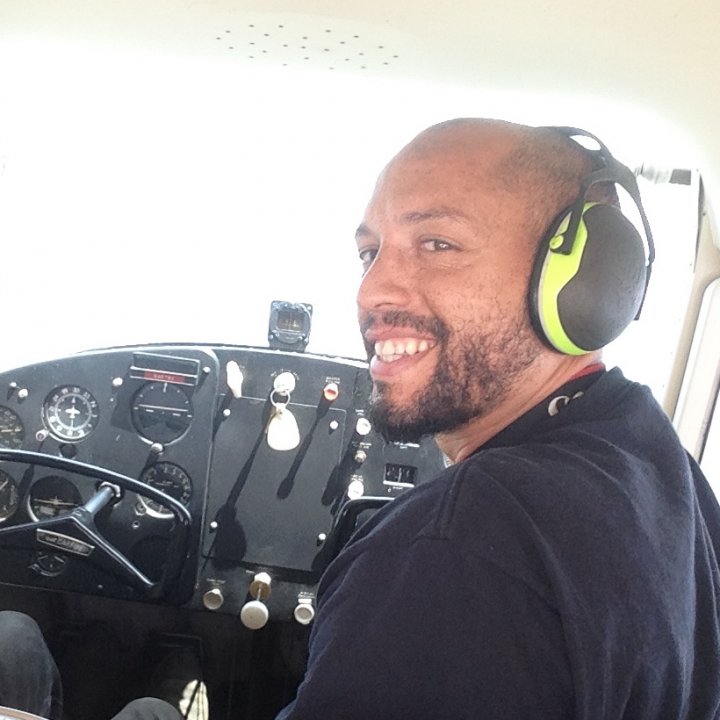 Jhakeem was born and raised in Ithaca, NY,. He received an MSW in 2007 and has worked as a teacher and youth counselor for 9 years. Currently he is the Dean of Student Life at New Roots Charter School, where he has helped to launch and lead the Cayuga Wetland Restoration Project.

Teaching Our Cities & Schoolyards: Project-Based Learning In Action
May 30, 2022

City Schools Can Be Our Best Schools - When They Reclaim Their Urban Environments
April 16, 2018

Teaching A Sense of Place  |  All Posts